With a superband that performed most of the 40 collabs released by TVMaldita during the pandemic,
the drummer invested and recorded music video for “Based on a True History” and “Time to Forget” by the band Hangar 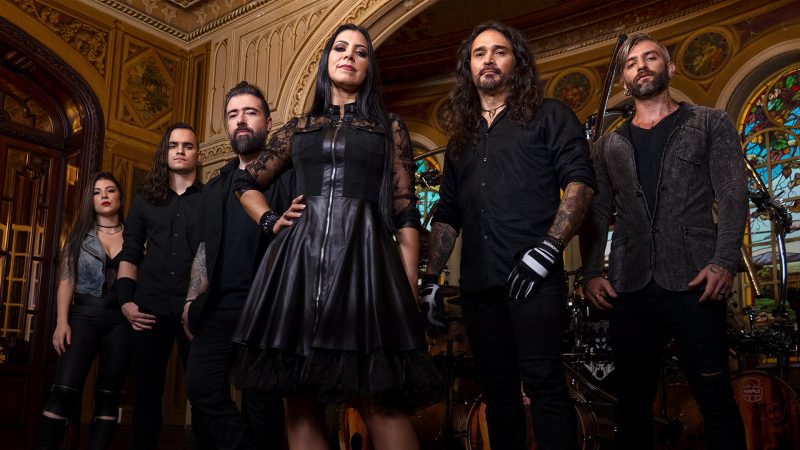 The clip was directed by Léo Liberti, who has worked with Megadeth, Angra, Dee Snider, Viper and was recorded at Mansão Hasbaya, in São Paulo. The idea for the video came from Theo Vieira, one of the composers of “Based on a True History” and “Time to Forget”, with Aquiles Priester. The two previously worked together at About2Crash, where they performed at Rock in Rio. “These songs are very special to me, as they bring me incredible memories of the songwriting phase and the Hangar concerts. Being with this super team and next to my friend Aquiles Priester in this project has been a very rewarding experience”, said vocalist Theo Vieira.

Aquiles Priester comments:
“It was supposed to be a normal collab like all the others, but to celebrate the almost 40 mark I made in this pandemic, we did something very special to close with a flourish. The time has come to put this project on the road.”

Vanessa Lockhart spoke about singing the Hangar songs: “To perform two of the most beautiful songs from the Hangar together with this incredible team and to have had the privilege of recording a music video was, for me, an unparalleled honor. Thank you Aquiles, Theo and everyone involved for the unique experience”.