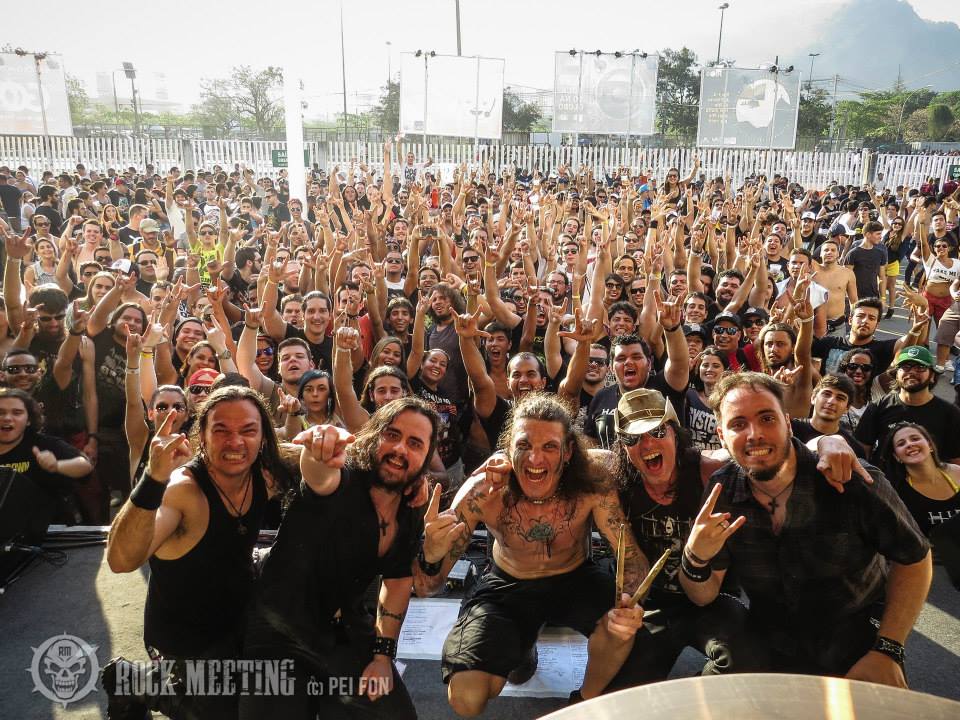 The Age of Artemis band informs a major change in the line-up after the group’s performance at Rock in Rio festival. Guitarist Nathan Grego is no longe a member of Age of Artemis. Nathan had to leave to take care of personal issues, this is one of the reasons he didn’t join the band at Rock in Rio. Accordind to the band and himself they’re still in good terms and friends. The musician even refered Jeff Castro to her place in the band. Jeff Castro is well known for his playing in bands like Dark Avenger, Harllequin, and currently works as a teacher in GTR Institute music school in Brasilia.

Age of Artemis thanks immensely for the dedication of Nathan Grego in all these years, including publicly acknowledges that the band’s music always followed a line of reasoning based on the raw talent of guitarist. “Unfortunately I had to leave the band in this very important time of the Age of Artemis, but it was because my personal issues. Still friends with everyone in the band even made a point to indicate my longtime partner, the great guitarist Jeff Castro, to continue taking the band to the top, which is where it should always be. I ask for the fans of Age of Artemis to support the band at this time, following them on the concerts, buying the official stuff and enjoying the music. I’d really appreciated the affection of all and whenever possible I will go to the concerts of the band to enjoy and honor my friends”, said guitarist Nathan Grego.

“Line-up changes are often traumatic, but in this case was all in good terms and quieter than I’ve ever imagined. Nathan is a genius as a composer and guitarist. The success that the Age of Artemis had in the first days was also thanks to his great talent. Fortunately, everyone understood that his departure was because of his personal issues and supported him in his decision. He stated Jeff Castro and that was a wonderful act of his greatness and we’re very pleased with his work. Fans can rest assured that we won’t let the things down and the band continues stronger in their goals”, explains vocalist Alirio Netto.

Giovanni Sena bassist explains that this transition was very quiet and ensures that the Age of Artemis will be back stronger than ever in 2016. “Nathan is a great guitar player and composer. I do respect his decision and support him. Jeff Castro is an excellent musician and the choice was perfect and engaged the band even more. One proof of that was the succesfull concert at Rock in Rio. Our focus now is on the next album, alreade in the process of composition. Jeff will also participate in the writing process, which news will be disclosed gradually. I thank the affection of the fans, who always supported us all these years. I believe that the Age of Artemis will grow even further in Brazil”, says bassist Giovanni Sena.

The band follows in pre-production process and composition of the new album scheduled for release in 2016.